For our May trip to Walt Disney World in Orlando, Florida, a few years ago,  we decided to upgrade from our usual value to a moderate resort. Being from New Orleans, I was a tad concerned about staying someplace New Orleans-themed.  Let's be honest. It can get cliche and cringe. I'd heard from other New Orleanians that it was a great resort, so we gave it a try! I'm super glad we did. Disney's Port Orleans Resort: French Quarter quickly became my favorite Walt Disney World Resort. It's just practically perfect in that Disney way!

I can't quite explain it, but POFQ has a vibe to it. It's a very relaxed, laid-back vibe. Kind of like New Orleans itself.

Everything just kind of makes you want to move in slow motion like you're on vacation. Which is great except when you're late for your dining reservation!

It's also the smallest of the Walt Disney World Resorts. None of the rooms are more than a five-minute walk from the lobby. This is my favorite part because no one enjoys a long walk from the bus at the end of the night. A plus of it being a small resort there is only one bus stop, and the dining room doesn't feel overcrowded like they do at some of the values.

While Port Orleans French Quarter does have its own buses during park closing and openings. However, it does share a bus with Port Orleans Riverside during the day at times.

The size and the vibe were probably my favorite thing about the resort.

But I loved it because it was New Orleans-themed.

Remember I told you I felt like maybe I wouldn't like POFQ because it was New Orleans-themed?

Disney did their homework and put a lot of detail into pulling off a New Orleans-themed resort hotel. From the street signs to the wrought iron throughout the resort to the rooms, it made me feel like I was home.

One of the best activities the Port of Orleans French Quarter offers is the pool. Not only is the pool area HUGE with an amazing sea serpent waterslide. There is also a splash area for little kids.

Disney provides life jackets and towels, so you don't have to worry about bringing them from home.

BONUS: Because Port Orleans French Quarter and Port Orleans Riverside are sister resorts, you can enjoy the pools at both resorts! This is one of the few places pool hopping is allowed on Disney property.

Beyond the pool, the resort offers a lot of fun activities for guests to enjoy when they aren't in the parks. There are pool parties daily, trivia, painting, bike rentals, and a horse-drawn carriage ride.

You can take a trip down the Sassagoula River to Disney Spring.

There is also a playground for little ones, an arcade for big kids, a movie night for the whole family, and Disney movies always playing in the lobby. And if that's not enough, Port Orleans Riverside is just a 10-minute walk away.

On Mardi Gras Day, there is also a golf cart parade complete with beads and Princess Tiana!

You'll find traditional New Orleans favorites with a few twists. Beyond the beignets, which were a family favorite – both the gluten-free and the gluten-filled Mickey-shaped one, we enjoyed the pizza, the ribs, the desserts, and the burgers.

My favorite thing was the blackened rib eye, and I think my ex-husband's favorite was a toss-up between the beignet burger and the shrimp and grits.

One of my other favorite parts about the food court was the drink stations. POFQ has the freestyle machines you find at Wendy's, with tons of drink options for you to choose from. It was nice being able to get Powerade Zero after a long hot day at the parks and not just have soda and a few other options as a choice. I'd stay here again just for this reason alone.

One of the main reasons to stay at a Walt Disney World Resort is the on-site perks for resort guests.

Disney Transportation to all the theme parks: Magic Kingdom, Animal Kingdom, Epcot, and Disney's Hollywood Studios, plus transportation to both water parks, is one of the main perks. There is also a bus and a boat to Disney Springs.

Resort Guests also get an Early Theme Park entry, where you can start your Disney day 30 minutes before park opening at all four Walt Disney World Parks.

Another perk for staying on-site is making Disney Dining Reservations. On-site guest can make guests can make advanced dining reservations (ADRs) 60 days in advance for up to 10 days of their stay.

Have you stayed at Disney's Port Orleans French Quarter before? What was your favorite thing about the hotel? 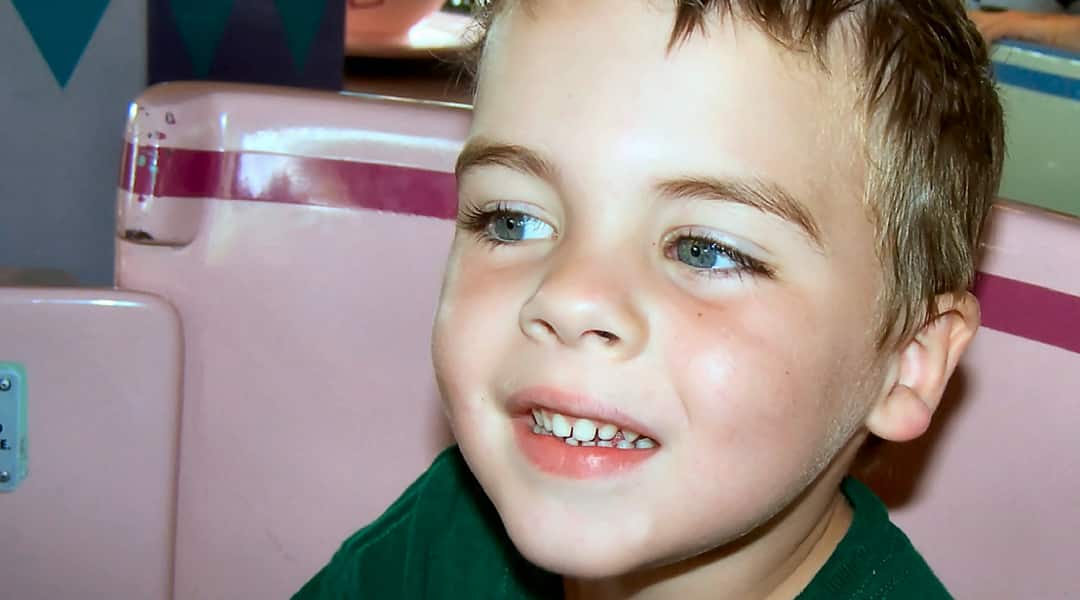 The Year Disney Saved Me

I have been asked many times why I love Disney so much. The explanation is complicated, but I'm going to try. Walt Disney World is my happy place. That may sound strange coming from an adult, and I've gotten looks when I have said it before. But honestly, when I walk into the parks, it's like the world doesn't exist, and I'm just purely happy and full of joy. To understand this, we need to go back to 2005.

The summer of 2005 was the absolute worse summer of my life thus far. In June that year, my dad died of a sudden heart attack. Fast Forward to August and Hurricane Katrina hit the New Orleans area. We were able to evacuate and, in a split second, turned east instead of west to Texas, which landed us in Orlando at my sister-in-law's house to ride out the storm. When I stepped foot in Orlando, I looked for Disney tickets. Before I knew the devastation that was unfolding at home, I thought, oh, we'll be here for a week, so we should go to Disney for a few days while we are here. I figured it would be a great way to get my then three-year-old out of the house and away from constant news coverage.

Then the unthinkable happened. Our house was on the 17th St Canal; our backyard backed up to the levee, and we were three houses from the breach. In a moment, everything we owned was gone, just gone. So here we were, stuck in Orlando with just a few weeks worth of clothes and a few toys and homeless. I guess that's the right word because we had no home to go back to.

After a few days of trying o figure out our next move, we decided to say in Orlando for at least a year. Unfortunately, as renters, we had no home to go back to, and we wouldn't be allowed back into the city until at least mid to late October. Thankfully we had my inheritance to keep us afloat and a lot of goodwill from strangers and friends to help get us set up until my husband and mom could find jobs. So we did just that, we rented a house and started rebuilding our lives.

If you have never had to rebuild your life. Let me tell you. It's challenging and stressful. It's even more so with a three-year-old who just lost his grandpa, aka his best friend, his school, his toys, and his home. It's even more so when you haven't gotten over the first significant loss of the summer, and now you have to deal with a second considerable loss. Sure, people will say it is just stuff, but it was my stuff and my memories. It hurts, and it sucks.

In the back of my mind, there was Disney as we were going through the process of setting up our new life. We were 45 minutes door to door from the House of Mouse. FORTY-FIVE MINUTES… It was practically like we were next door. I just knew we needed to get annual passes to Disney. Somehow, someway. People thought I was nuts. “You just lost everything. You shouldn't spend your money on that”. I also got told those same things when we got cable and internet in our new house, so…

Maybe it was nuts. Perhaps I was crazy, but I knew I needed to find a way in my heart. I researched annual pass prices and realized there was a nice discount for Florida Residents. We were getting a refund from the three-year-old's school for PreK-3 that we paid in full for the year. He wasn't going to school in Florida, so we would take some of that refund and put it towards passes. It was probably the best decision I made that year.

I didn't know it at the time, but I can say that Disney saved me that year. It saved my mental health. I know you're probably sitting there like, what? She's crazy but hears me out. I was in the wrong place mentally. Grief and stress from everything that happened led to depression. I needed something to get me out of the house and off the couch, or I would sit and do nothing. Remember, I also had a three year that was grieving too. Sitting at home, doing nothing, was not good for either of us.

In October 2005, we got annual passes to Walt Disney World. We went almost weekly that year. I needed those weekly visits to Mickey's house. Oh, how my soul needed them. Stepping inside those magic gates, it felt like the world had disappeared. Nothing mattered but the magic and the fun. The stress, the grief – gone. It gave me a place where I didn't have to think about Katrina or my dad just dying. An escape of sorts. It was where my heart found joy and happiness after the summer of pain and heartache. It's where my mind and soul were able to heal themselves after a summer of stress and grief. It was where a three-year-old boy got to be a three-year-old boy and just have fun without the weight of stress, grief, and depression that was over our entire house. It's where he got a happy mom, not the sad, stressed mom he had been dealing with.

Disney saved me that year. I'm not sure where I would be without those weekly visits to its happiness and magic. Would I have found something else that made me happy and helped me heal? Maybe but I'm not sure. I do know for sure that Walt Disney World did just that. The magic is real, and the magic helped me survive a year of heartache, stress, and pain. That year is now full of happy magical memories instead of dark, sad ones.

Even now, when I walk into the parks, I feel the same. The stress of real life melts away. The Disney bubble surrounds me, and I feel pure joy and happiness. Walt Disney World is my happy place, and I wouldn't change that for the world. Disney saved me that year; it's just as simple as that.